Please ensure Javascript is enabled for purposes of website accessibility

Your Cannabis Business Deserves This Approach To Hiring 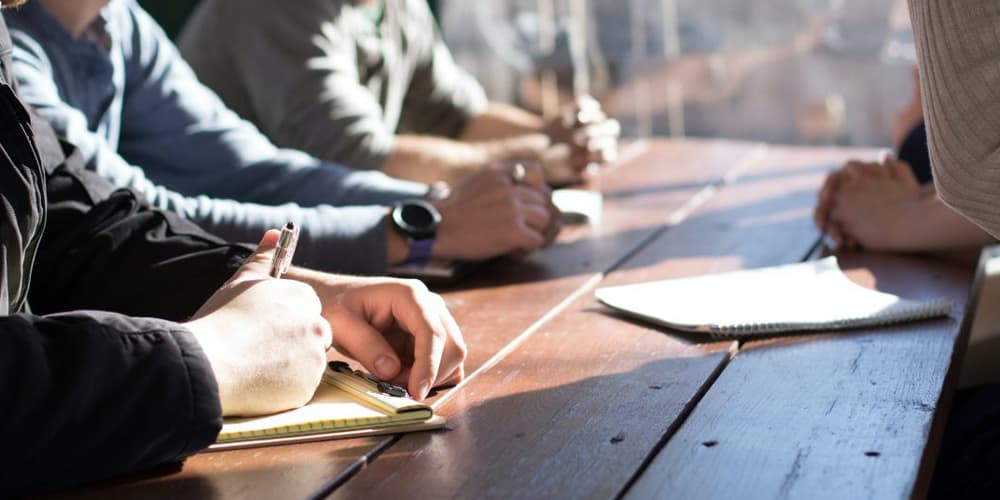 How I Know What I Know

My career in retained executive search and placement began in very high stakes situations. The organizations I spent my first 15 years recruiting leadership talent for were in the Medical Device and Biotech space. They were primarily a mix of very cool early-stage startups trying to get a novel life-saving product such as an artificial pancreas or MRI-safe pacemaker commercialized, or very large market-leading companies who needed new leadership to turn things around because they were in trouble with the FDA, experiencing severe growing pains, etc. So, I spent the better part of those 15 years recruiting for very intense, make or break scenarios, ranging from seeking a Head of Clinical/ Regulatory Affairs to gain an FDA approval for something ground-breaking, or building a new Corporate Compliance team to lead an FDA Consent Decree remediation, and everything in between. In all scenarios, we were counted on to find leaders who were capable of performing under crushing amounts of pressure. There was zero tolerance for lazy efforts or mediocre results.

Those hiring experiences were often very rigorous and lengthy processes that, when well-handled, really proved to be the best way to achieve the kind of placement success that our Hunter + Esquire team is now known for.

In those early years, I learned that achieving truly respected hiring success means that you must be courageous enough to ask all of the difficult probing questions, completely tuned into each interaction in order to pick up on any candidate red flags, diligent enough to never stop searching until the best possible hire has been made and focused + passionate enough about the work to always give it 100% at each step of the process. Few recruiters will advise a hiring client to disqualify a stellar candidate they’re actively managing through the selection process, but that’s the level of trust and respect we prefer to operate on. It allows us to feel great about how we’re truly partnering with the companies who trust us to find their best people. The best talent for your organization wants a rigorous selection process in order to feel confident about how you’re building your organization with the right people in the right roles at the right time. Take the time. Do it right.

In transitioning to the cannabis space over the past few years, there are some obvious misses that stand out to me when cannabis companies choose the wrong people for leadership roles who then struggle and often fail as a result. By and large, I’ve found this is something that could have been headed off before the person was ever hired. This is especially true when I look at how many of these failures are because someone was taken on without the Emotional Intelligence or fortitude to lead through the choppy waters that inevitably make up this industry in its current state.

Was the candidate ever asked how they manage their stress, how they’ve handled exceedingly challenging times in their past and scrutinized for even the minute details of their answer? If not, then you’re going to end up with someone who may be far too delicate to steer through the waters ahead and the repercussions will be felt all the way down to the bottom line, and then some. Hiring leadership talent into your cannabis business that has never been truly battle tested professionally is a huge miss.

Time and again, when people tell us about why they want to leave their current position in cannabis, it comes down to lack of sound leadership— leaders without the grit and emotional maturity to get the team through the inevitable bumps they’ll face, and so becomes part of the problem, rather than the solution. These leaders are often described as frazzled, abusive and absent. A great resume full of pedigree does not necessarily mean that individual possesses the levels of emotional maturity and emotional intelligence that is required to lead in cannabis.

To illustrate, I’ll point to a vertically integrated company right now that is minus a chief officer because that person entered the position at an early stage, when resources were slim, and after realizing how hard the road ahead would be, quickly realized the position was not right for him—he’d have been better suited for a more mature Series C or public company endeavor.

But he and the company didn’t discuss this before his hire. Perhaps wary of scaring off the bright and shiny object he presented himself as, they did not ask in detail how he would handle the kind of stress that may be ahead, how he’d handled similar challenges in the past. Too, the candidate himself didn’t ask the right questions and was unable to detect that the company was simply not forthright about their challenges.

The result was that this person got in, promptly realized it was something he didn’t enjoy and was ill suited to lead, and fairly quickly went totally absent. It’s probably obvious why this ended up hurting everyone involved. Rather than rallying his team around the push that needed to happen, he began to get angry with them, blaming them for the problems he was having and generally showing that he was emotionally immature by taking things out on his own people.  Ultimately this person became hugely unavailable to his team for months on end before finally admitting that the role was not for him. I wish I could say that everyone learned from that experience, but instead he is now talking to another cannabis CEO, not disclosing the real reasons behind his last exit or being grilled about past challenges, and will likely do the same thing in short order.

So, what can be done to ensure that the leaders who are recruited in the cannabis space have the grit and emotional maturity to succeed?

Here are my strong suggestions for a better approach to hiring in cannabis:

There is a huge difference between simply managing applicants and actually going out and recruiting, and it’s constantly recruiting that’s needed to be able to really put a candidate through the ringer. This is the way to ensure you have a pipeline of terrific options waiting in the wings so you can nit-pick and disqualify at any stage. Recruiters call it “the power of the backup”. Once you do, you can consistently ask throughout the process: What extra hoop could we ask this person to jump through? What extra task or hard question or task could we hit them with to uncover the way in which they may not be right for the position? Of course, always keeping the need for a positive candidate experience in mind as well.

When you actively recruit, rather than simply manage an applicant pool, you get a slate of people who are going to make a quantitative decision about what you’re bringing to them about in terms of a new opportunity. These people, the right people, appreciate what we’re doing, by the way. They respond positively to the rigor and the challenges and put the hiring’ company in a really good light, thinking: This company is getting it right, they’re putting me through the ringer, they’re probably putting everyone else through the ringer too, so I can feel good about joining them. They will prioritize your opportunity over others, even if other roles offer more pay than you do so in many cases!

Fight The Urge to Chase The Shiny Objects

When choosing someone to help run your company, the ideal candidate will be one who’s primary motivation is to be running towards your opportunity, rather than away from unemployment or another position they hate. You’d think it’s a bit of a no-brainer as to why that’s the best person to come onboard. But all too often in cannabis, I see those in positions to do the hiring get distracted by the bright shiny objects of people who were stars in their past industry looking to re-invent themselves or “finally find their passion” by coming to cannabis.

While that kind of motivation is nice, it really tells you nothing about whether or not the person has what it takes to lead in cannabis. An ability to sell iPhones like hotcakes or hold some tenure as an executive at Apple may be attractive, but until you ask about someone’s ability to face hard challenges and make clear what lie ahead, you may end up with one more Fabergé Egg who isn’t cut out for the bumpy road ahead.

This is really key. Emotional intelligence, self-awareness, and a high level of emotional maturity is just as important as other achievements or skillsets you’ll find on paper. Simply put, no leader should be entered into this industry without high levels of them. As I said, this is THE Reason I hear most often when people are looking to exit their cannabis company: they do not enjoy working for their existing leadership.

But how to hire for this kind of nebulous quality? I would never claim to be licensed or qualified to define levels of emotional maturity in others, but if you enjoy talking to people, engaging like a real human and truly getting to know someone before you hire them, it’s not hard to tell if someone is totally lacking in it.

In reality, this comes down to asking a good deal about past challenges and really listening to the answers in light of the job at hand. To give you a head start on this, here’s a list of some questions I’ve found to be helpful in situations like these:

While asking tough questions and listening closely to the answers is not a guarantee that you’ll be able to find someone with the right grit and maturity to lead your team or company, it is an important start.

When you couple this kind of rigor with a more drawn out hiring process in which you never stop looking for someone better just in case they’re out there, I can assure you, you’ll start to achieve the higher acceptance rate you’re looking for—and more importantly, a greater retention rate of your people down the line once that person is in.

People can be your best competitive advantage.

People are often your only appreciating asset.

People are the reason you are able to be in business.

I love being in the people business!

How Do You Run a Business Successfully With Your Spouse?

I get this question all the time. Many people who know Bryan and I know us individually. So they’re always curious about what working with

As the cannabis industry continues rapidly growing, we’re continually learning how to scale cannabis businesses the right way. As cannabis executive recruiters, we have a

Companies that value people do well. Similarly, people who are authentic, transparent and true to themselves are companies’ best assets. When good people and good

How to Actually Empower Women in Cannabis

I want more women in leadership roles. But the current strategies we’re using to address gender equality in cannabis are not working effectively.  As someone

What is the Value of Being Connected in the Cannabis Industry?

In any industry, it’s about who you know. And cannabis is no different. In fact, when you work in cannabis, it’s more critical to be

Linkedin Instagram Youtube
We are a full-service, retained executive recruitment and human capital advisory firm focused solely on the cannabis and psychedelics industries. We help the most aspirational companies elevate their business and culture by creating business strategies and placing qualified, passionate executive leadership.